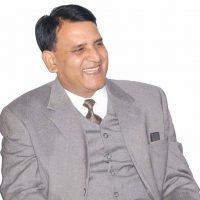 Dr. Amilal Bhat is an eminent Hypospadiologist, Pediatric Urologist and Educator of world fame. One of the foremost authorities in the world on Hypospadias, Dr. Amilal Bhat has dedicated his life to pediatric urology and hypospadiology. He has developed 6 New operative techniques in pediatric urology, 3 of which have been featured in Campbell-Walsh’s Text Book of Urology. He has been an operating faculty in various international and national workshops on hypospadias and DSD. Dr Bhat has been a panelist and guest speaker at many international and national conferences, workshops including European association of urology, Société Internationale d’Urologie Indian section and American urological association, International Society of Hypospadias & DSD (I.S.H.I.D), Asia Pacific Society for sexual medicine and First conference of Aging Gender Adrology and sexual sciences, International congress on hypospadias surgery, Asian Congress of Urology, Guest speaker and the only faculty for 14th Hypospadias day at Istanbul, Paediatric urology workshop at Cincinnati Children’s hospital Cincinnati USA, Lisbon Portugal and Sick Children’s hospital Toronto Canada. He was elected President of the Urological Society of India, North Zone and delivered Prestigious orations such as the Kataria memorial Oration, Marudhara Oration and Dr MP Singh surgery oration. He has been a council member and prominent policy maker in the Société Internationale d’Urologie Indian section, International Society of Hypospadias & DSD (I.S.H.I.D), Urological Society of India and USI North zone chapter. He had been M.Ch urology Guide and DNB & M.Ch examiner in various universities including AIIMS New Delhi and a post graduate committee member of Medical council of India and various Academic, research and examination committees of RUHS. He has authored over 50 international articles with more 300 citations in various international journal and books and has written many book chapters. His papers won 4 international and 10 national best Podium/ Poster awards in international and national conferences. He has been a member of editorial boards of many international and National Journals He has been a prominent educator and has spent 30 years as a consultant Urologist and teacher with more than 10 years of professorship and subsequently as Principal and dean of Dr S.N.Medical College Jodhpur. He is the recipient of many appreciation awards for development of urologic services and was given the Veer Durgadass Rathore Samman 2015, Marwar Honors prize 2015 of excellence, Marwar Health achiever in Urology 2016, Outstanding urologist award in urology 2017, Kosovo association of Pediatric Surgeons for scientific activity, various Jain Samities of Bikaner and District Collector Bikaner for establishing the Urology department at PBM hospital and associated group of hospitals Bikaner.

I M.B.B.S – University of Rajasthan, Jaipur

Created and Marketed by
DTROFFLE