Each year, thousands of men and women are diagnosed with prostate, bladder, or kidney cancer, as well as testicular cancer. Breakthroughs in cancer care, experimental treatment choices, and continuous research into the causes and potential cures of urologic cancers give people from all walks of life new hope.

Kidney cancer, also known as renal cancer, is a type of cancer that affects the kidneys. Symptoms of kidney cancer include discomfort in the side or back, weight loss, exhaustion, blood in the urine, and fever. Mutations in the DNA cause it to happen. Kidney cancer is more likely in people who have high blood pressure, smoke, have kidney difficulties, or are overweight. Kidney cancer is treated through surgery, which involves the removal of a portion of the complete kidney. In some circumstances, ablative therapies and radiation therapy are also performed.

In its early stages, kidney cancer usually causes no obvious signs or troublesome symptoms. As a kidney tumor grows, symptoms may occur. These may include: –

Other less common symptoms may include: –

Treatment for kidney cancer depends on the stage of the disease, the patient’s general health and age, and other factors. Our doctors develop a treatment plan to fit each patient’s needs.

At UCSF Medical Center, patients with kidney cancer often are treated by a team of specialists, including urologists, oncologists, and radiation oncologists. Kidney cancer usually is treated with surgery or biological therapy, also called immunotherapy. Doctors may decide to use one treatment method or a combination of methods.

Surgery is the most common treatment for kidney cancer. An operation to remove the kidney is called a nephrectomy. Most often, the surgeon removes the whole kidney along with the adrenal gland and the tissue around the kidney. Some lymph nodes in the area also may be removed. This procedure is called a radical nephrectomy. Very often, the surgeon can remove just the part of the kidney that contains the tumor. This procedure, called a partial nephrectomy, is best suited for patients with small tumors or tumors on the edge of the kidney.

Radiation therapy for kidney cancer involves external radiation, which comes from radioactive material outside the body. A machine aims the rays at a specific area of the body. Most often, treatment is given on an outpatient basis in a hospital or clinic five days a week for several weeks. This schedule helps protect normal tissue by spreading out the total dose of radiation. You don’t need to stay in the hospital for radiation therapy, and you’re not radioactive during or after treatment.

Biological therapy, also called immunotherapy, is a form of treatment that uses the body’s natural ability or immune system, to fight cancer. Interleukin-2 and interferon are types of biological therapy used to treat advanced kidney cancer.

Chemotherapy is the use of drugs to kill cancer cells. Although useful in the treatment of many other cancers, chemotherapy has shown only limited effectiveness against kidney cancer. Researchers continue to study new drugs and new drug combinations that may prove to be more useful.

Hormone therapy is used in a small number of patients with advanced kidney cancer. Some kidney cancers may be treated with hormones to try to control the growth of cancer cells. More often, it is used as palliative therapy or therapy to relieve pain.

Bladder cancer is a prevalent type of cancer that primarily impacts men. Back pain, frequent urination, pain in the pelvic region, blood in the urine, and pain when peeing are all common symptoms. Seven out of ten cases can be treated if caught early enough. This cancer is caused by cell mutations, and people who smoke or are exposed to toxins are at a higher risk. Surgery to remove cancerous cells from the bladder can be used to treat bladder cancer. Other treatments for bladder cancer include chemotherapy, radiation, and immunotherapy. Following treatment, bladder reconstruction may be required.

Cancer only in cells in the lining of the bladder is called superficial bladder cancer. This type of bladder cancer often comes back after treatment, but it does not tend to progress. If the tumour recurs, the disease often recurs as another superficial cancer in the bladder. Cancer that begins as a superficial tumour may grow through the lining and into the muscular wall of the bladder. This is known as invasive cancer. Invasive cancer may extend through the bladder wall. It may grow into a nearby organ such as the uterus or vagina in women or the prostate gland in men. It also may spread to other parts of the body.

Common symptoms of bladder cancer include: –

These symptoms are not sure signs of bladder cancer. Infections, benign tumours, bladder stones, or other problems also can cause these symptoms.

The prostate in males produces seminal fluid that transport sperms. Prostate cancer is one of the most common cancers in men. Some of the symptoms of prostate cancer are trouble while urinating, blood in semen, discomfort in the pelvic region, and pain in the bone. Prostate cancer can be detected through screening, by carrying out a digital rectal exam and through blood tests. In very early cases, the uro-oncologist may choose not to treat prostate cancer but watch its progress. Removal of the prostate surgically, radiation therapy, chemotherapy, and immunotherapy are other treatment options.

Cancer only in cells in the lining of the bladder is called superficial bladder cancer. This type of bladder cancer often comes back after treatment, but it does not tend to progress. If the tumor recurs, the disease often recurs as another superficial cancer in the bladder. Cancer that begins as a superficial tumor may grow through the lining and into the muscular wall of the bladder. This is known as invasive cancer. Invasive cancer may extend through the bladder wall. It may grow into a nearby organ such as the uterus or vagina in women or the prostate gland in men. It also may spread to other parts of the body.

Prostate cancer often doesn’t produce any symptoms in the early stages. Symptoms that may indicate prostate cancer, and which should be followed up with a visit to the doctor, include: –

Although these symptoms may indicate prostate cancer, they also can be caused by other conditions that are not cancer, such as benign prostatic hyperplasia (BPH). As men age, the prostate often enlarges and can press on and block the urethra and bladder, producing some of the symptoms described above. BPH can be successfully treated with medication or surgery.

Men’s testes are where sperm and male hormones are produced. Testicular cancer is common cancer in men that is usually easy to treat. This cancer causes a lump in the testicle, a dull aching in the groin, back pain, fluid accumulation in the scrotum, and pain in the testicle. Mutations in germ cells cause the majority of malignancies. The entire testicle, as well as lymph nodes, can be removed during surgery to treat cancer. Other therapies include radiotherapy and chemotherapy.

Most men are capable of detecting testicular cancer on their own. During standard physical examinations, doctors typically examine the testicles. If you detect anything unusual about your testicles between routine checks, you should consult your doctor.

Surgery is a common treatment for most stages of cancer of the testicle. A doctor may take out cancer by removing one or both testicles through an incision (cut) in the groin. This is called a radical inguinal orchiectomy. Some of the lymph nodes in the abdomen may also be removed in a procedure called a lymph node dissection.

Radiation therapy uses X-rays or other high-energy rays to kill cancer cells and shrink tumours. Radiation usually is emitted by a machine and is called external-beam radiation, rather than the radiation emitted by a substance consumed by the patient.

Uro oncology specialists would work with a radiation oncologist when radiotherapy needs to be administered. The uro oncologist would determine if any other treatment like chemotherapy is needed. Surgery is one of the important tools used to treat urological cancers. Some of the surgical treatments for urological cancers include: –

The diagnosis of urological cancer can be done through physical examination and through various other ways like:

Cancer usually occurs due to abnormal cell mutation and it may occur due to factors beyond a person’s control. There are risk factors that can lead to urological cancers. Some of the measures include: – 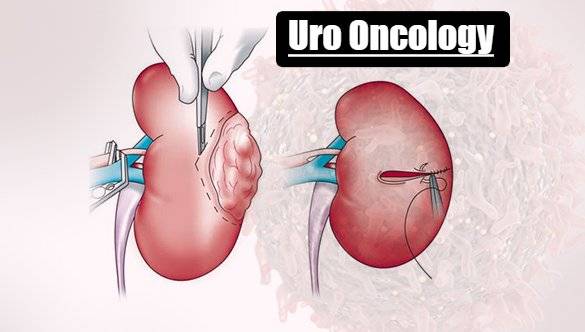 Created and Marketed by
DTROFFLE